Your browser is no longer supported and this website may not display properly.
Our History

Gurvis Jones went into the well drilling industry in his early 20's and started his own business in 1964. During the 1960's Gurvis ran various cable tool rigs and his name began to grow in the water well drilling industry. After working alone for several years, he hired one of his brothers in 1967 to teach him how to drill and have two rigs on sites instead of just one.

In 1970 Gurvis purchased his first rotary drill rig as the demand for more water wells in the Northern Maryland area increased. Shortly after, another rotary drill was purchased and another brother was hired. Business was flourishing and the company was expanding with employees, better equipment, and many more builders and customers using Gurvis Jones Well Drilling, Inc. 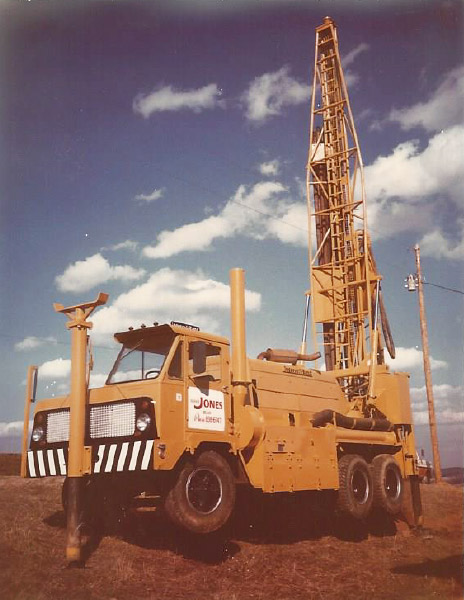 During the 1960's, 1970's and 1980's Gurvis taught and mentored several other drillers in the area and also helped them start their own well drilling businesses.

In 1989 Gurvis' son Steve graduated high school and went directly into the business on a well drilling rig. Steve had been working with and watching his father drill and learning the business since he was very young.

In 2000 and 2002 Gurvis' brothers retired, and Gurvis and Steve have continued to run the business with the addition of Gurvis' daughter, Julie. The company has always remained small, which keeps us close and personable with our customers, and always focused on only the water well drilling portion of the industry. Being good at one thing is a specialty, and drilling for water is what we know best!

Times have changed, and builders and customers have come and gone, but Gurvis Jones Well Drilling, Inc. remains a leader in the water well drilling industry throughout Northern Maryland and Southern Pennsylvania.